Louis A. Sidoli was born in New York City in 1909. He was educated at the Seminary College in Parma, Italy. From 1933 to 1964 he was active in the wholesale beverage business. In 1964 when the Hamden National Bank was chartered, he was selected as its first director. The bank is presently known as the TD Bank.

He was a member of the President’s Council of the American Institute of Management in New York. Among the many awards Sidoli received were the Carmel Council 3605, Hamden, Knight Commander of the Order of St. Sylvester, Italian Government Star of Solidarity, Knight Commander of the Italian Republic, the Veritas Award of Providence College, New Haven Alumni Club, Humanitarian Award, Knights of St. Patrick and the Hamden Italian American Club Man of the Year.

He was chairman and grand marshal of New Haven’s Columbus Day parade and instrumental in the establishment of Columbus Day as a national holiday. He was one of the founders and trustees of St. Joan of Arc Church in Hamden. Sidoli served on many boards and commissions in the town of Hamden and was active in fraternal circles. He passed away in 1990. 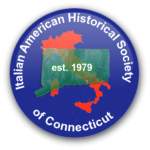